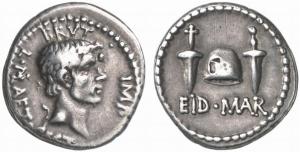 When people find out my area of expertise is Ancient Rome, the conversation eventually turns to the similarities between Rome and America usually culminating with some version of the question “Do you think America will fall like Rome did?”

In latter posts, I hope to discuss specific areas of imitation and innovation.  For this post, the point I wish to make is this:  America does have a great deal to learn from the flow of Roman history, but if we were to compare America’s trajectory to that of Rome’s, we would discover we are not at the end of the story, but in the middle, at a far more critical juncture

Most people use the words Ancient Rome and Roman Empire interchangeably. But Rome was found as a monarchy, rose to world prominence as a republic, then finally as an empire reached its greatest prosperity and expanse.  It is Rome’s transition from Republic to Empire which should concern Americans more than Rome’s Decline and Fall.

By 100 BC, Rome had obtained dominion over a large portion of the land bordering the Mediterranean Sea, but it still had the political infra structure intended for the governing of a City-State.  The result was almost a century of Civil War as the political systems proved insufficient and strong men began taking exploiting weaknesses and jockeying for power.  Many of Rome’s great names come from this period: Marius, Sulla, Pompey the Great, Julius Caesar, Mark Antony.   The bloodshed ceased in 31 BC when Octavian (soon to be renamed Augustus) defeated Antony and Cleopatra and became the last man standing.  From then on, though Rome may look like a republic on the surface, her peace and prosperity would be vouchsafed by the strength of one man.  Rome had returned to tyranny.

It is this period of Roman history that I believe has the greatest similarities to the America of today.   America has grown larger and more prosperous than our founder probably could have imagined.  In their wildest dreams could they have conceived of the 13 colonies along the Atlantic being transformed into a nation of 50 states, 300+ million citizens, and a 15 trillion dollar economy?  Because of this, many of our political institutions are stretched more than intended or expected.  One example: the ratio of members of congress to citizens in their district was originally around 1:30,000.  Today, the number is closer to 1:700,000.  The danger for America, then, is that as its political systems become unable to cope with the size of the nation, the situation becomes ripe for people to exploit areas of weakness and subvert republican principles in favor of one-man rule.

Thus I would argue that America is indeed in danger of following Rome down her path, but that the risk to America today is not that it will collapse into obscurity but descend into tyranny.