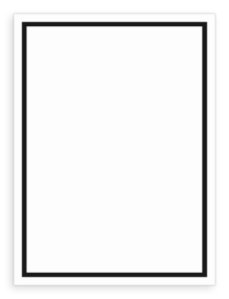 Well, the jig is up. After more than 400 years of ascendancy, whites no longer rule the American roost. Exit polls this November reveal that 59% of white Americans voted for Mitt Romney–a commanding majority in our electoral system–and he still lost. Though this result essentially repeats the result from 2008, when the defeated John McCain received 56% of the white vote, something about the outcome this time around feels definitive. White America can no longer “deliver” the presidency.

Literally and figuratively, I am not entirely sure what skin I have in this game. I am a mix of Lebanese, German, and Mexican, and I feel comfortable tagging myself “off-white,” both for comic effect and truth-value. But I can only approach this year’s racial-electoral result with ambivalence. I feel a little sorry for white America, even for the whites who backed the winning candidate. Indeed, my less-white part (Lebanese, Mexican) feels a little sorry for my more-white part (German). Whites used to claim to bear their own special burden–the “white man’s burden”–for the proper upkeep of civilization. Have we now made whiteness itself unbearable?

Of course, even to speak of “whiteness” is too facile. It obscures the fluidity of white racial status over the course of American history. What has made one white, after all? Being of European descent? But in the late nineteenth- and early-twentieth centuries, during the great wave of immigration to the United States from southern and eastern Europe, Italians, Poles, and Russians–typically Catholic, Orthodox, or Jewish–came as Europeans of doubtful whiteness. Native-born Protestant Americans carried the mantle of whiteness, being, at the very least, “more white”  than the others. Eventually, however, all of these ethnicities folded into the white race. What about the Arabs? My Lebanese-American father, whose skin was dark and whose first language was Arabic, was not-white as a boy, but he gradually grew into whitehood as he learned English in public school, served during World War II, voted for Dewey, got a degree, and entered the middle class. Growing up in the 1970s and 1980s, a half-Arab like myself could unconsciously assume his own whiteness, though in appearance only my skin-tone really showed my European ancestry.

Whiteness has changed, and undoubtedly will continue to change.  But what has whiteness meant to our political system? Historically, whites did not simply participate in and contribute to our politics; they created it. We would be hard pressed to find anything historically African or Arab or East Asian or Native American in our political system. Our political system is resolutely British and, above all, English. This is true not simply of our formal electoral mechanisms but also of our ideological framework. Our great “big government” and “small government” divide has its origins in the “court vs country” divide that roiled England in the seventeenth and eighteenth centuries. It reflects the historic focus of English-speaking Protestantism on the distribution of power and the dangers of its abuse (hence the difficulty of superimposing Catholic political thought onto the American template). No matter what race American voters are, they go to the polls as Britons–participating in a system created by British people and thinking about politics in a British way.

In truth, to be “white” in America has long meant more than race or ethnic affiliation, and more than possession of a set of legal rights and privileges to the exclusion of others. It has also meant an embrace of a political tradition established centuries ago. And Americans who embrace that tradition, whether we are black, Arab, Hispanic, or Asian–do so as assimilators. The total circumstances of our assimilation will have often been sad, tragic and unjust. But it cannot be denied that the assimilation has taken place.

A strong case can be made for abandoning the very concept of a white race. America may end up a place where everyone is white, or no one is.  And certainly there is no point in endlessly trumpeting the “whiteness” of our political system. But so long as exit polls speak of white voters, and demographers speak of a white race, I think we should give credit where credit is due.