How to Fake Studying Abroad 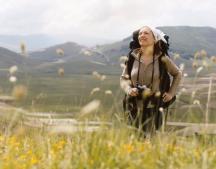 The start of the fall semester is fast upon us.  As you look back over what you did this summer, you may feel a sense of unfulfilled desires: the task not done, the project not finished, the trip not taken.  You may also start resenting the stories of those whose summers have excelled your own.  In order for you not to feel excluded from the “What I did Last Summer” chest thumping, we offer this friendly guide on how to fake studying abroad.

1. Pick a Country:  In addition to believability, the goal is to make people feel jealous and little bit inferior.  So pick a country that 1. People want to go to  2. It is reasonable for you to have gone to.  3. You know enough about to fake your way.  There is only 1 answer to this question: England…or the United Kingdom (see below for details).

2. Pick a Time Frame and Length of Trip:  Though people aren’t as interested in your life as you might think, some may have been following your facebook and twitter accounts vaguely enough to realize when something like leaving the country happens.  So pick a time frame for your trip that makes sense.  Check your facebook feed and see if there are perhaps two weeks between posts about the salad you had at Panera and the crying baby at the Office Store.  Anything that gives away your location is a problem.  Don’t worry about the reposting of cat meme’s or articles about Dr. Who…well worry… but for different reasons.  They wont give you way.

Hopefully you have decided that you studied in England for 2 weeks this summer.  Now for the next Step: Academics.  After all, you were STUDYING abroad.  This was more than a family vacation.

3.  Did you take a Class?  Answer: Say you got interested in studying abroad because of a program you where invited to attend at Oxford, but ultimately you didn’t like the idea of going overseas to spend all your days in a classroom, so you chose to explore on your own.  This will give you an air of academic excellence mixed with Bohemian wanderlust while at the same time avoiding difficult questions about why you didn’t come back with any credits.

4. The final step is erecting a linguistic façade.  The following strategies are useful:

We hope this helps you begin the semester with a bang.  Remember, the only thing better than studying abroad is pretending to study abroad.  It’s cheaper and you get to go anywhere and do whatever you want.

3 responses to “How to Fake Studying Abroad”