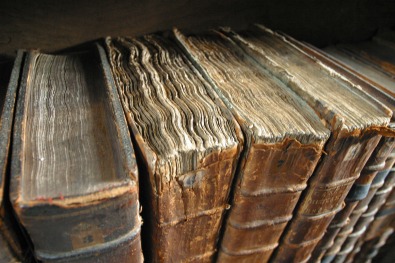 The philosopher and educator Mortimer Adler was perhaps the first to recognize the importance of preserving the integrity of what he called the “Great Books” of the Western tradition. Since then lists of great books from Harold Bloom’s “The Western Canon” to The Greatest Books.org have attempted to capture the best and most significant works in Western culture. Like all efforts at preservation and codification, these lists (along with “classics” books series by Penguin, Oxford Classics, etc.) tend to emphasize certain topics, works, and genres, and inadvertently diminish attention to others.

With this in mind, and because I have an affinity for the obscure, I try, when I have the time, to read a stack of books that do not usually find their way to any of the lists. END_OF_DOCUMENT_TOKEN_TO_BE_REPLACED

April 7, 2015 By David J. Davis in Uncategorized Leave a comment

Following the dispute over Sabrina Erdely’s article “A Rape on Campus” that was recently retracted from Rolling Stone, it is apparent that the article’s blatant fabrications are less important to many people than the valuable story the article told.

Naomi Schaefer Riley’s insightful piece in The New York Post raises the alarm in this regard:

The verdict’s in on Rolling Stone. According to no less an authority than the Columbia University Graduate School of Journalism, the magazine’s story last year on a University of Virginia gang rape was a “journalistic failure [that] encompassed reporting, editing, editorial supervision and fact-checking.”

But as with many other stories that don’t fit into the right narrative, the media will continue to draw the wrong lessons.

As an AP article noted, “Despite its flaws, the article heightened scrutiny of campus sexual assaults amid a campaign by President Barack Obama.”

Despite its flaws? You mean despite the fact that as far as anyone can tell, the story was made up out of whole cloth?

Rape, and all such crimes, must be condemned, but the general condemnation should not obliterate the necessity of historical truth. This was one of my points in “Validity and the Ways We Talk About History.” Fabricated lies are now as equally valuable as history in the public sphere, when it comes to spreading a good narrative. This is particularly true if the narrative highlights something society deems worthwhile. Whether or not the stated facts correspond to reality is insignificant in comparison to how valid and important the narrative is.

Schaefer Riley concludes this matter better than I can:

Actually, yes, it does diminish the importance because it calls into question whether those were real issues at all.

Maybe we’ve spent too much time around preschool teachers. Maybe we are so used to being infantilized by the media that we hardly notice these rejoinders at the end of every story, assuring us that even if the story was all wrong, the narrative was correct.

Not everything has to be a teachable moment. And if we do need a moral to every story, it would be useful to find one based on the facts.

On Jan. 14, 2015, Time reported that Ava DuVernay, director of the new civil rights film Selma, responded to criticism that her film lacks historical accuracy by saying, “Everyone sees history through their own lens and I don’t begrudge anyone from wanting to see what they want to see … This is what I see. This is what we see. And that should be valid.” END_OF_DOCUMENT_TOKEN_TO_BE_REPLACED

March 2, 2015 By David J. Davis in Uncategorized Leave a comment 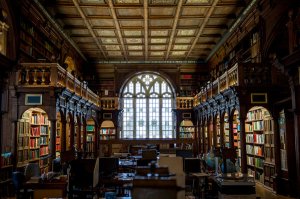 Thomas Bodley was born on this day in 1545. While his is not a name that jumps out at most people, including many scholars, his library is arguably the greatest contribution to the conservation of Western culture in England.  END_OF_DOCUMENT_TOKEN_TO_BE_REPLACED