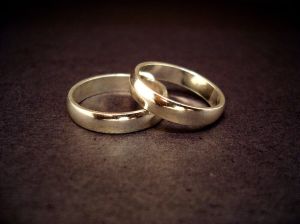 The verdict is in, and for those of us who have watched these cases closely, listened to oral arguments and read briefs, here is the result – the Supreme Court has ruled on two pieces of the same-sex marriage (SSM) legal puzzle. The striking down of the Defense of Marriage Act’s definition section is fairly straightforward, but I’ll write about it in a few days, once the dust settles a bit. But the ruling on California’s Proposition 8 is a real head-scratcher. What, exactly, did the court decide?

END_OF_DOCUMENT_TOKEN_TO_BE_REPLACED

I may appear young. Right now, sporting a clean-shaven summer look, only my gray hairs give away my slow maturation. But in computer-years, I am an old man. I’ve been using computers, fixing them, and programming on them for well over 25 years. A lot has happened during that time. For me, holding my current smartphone, I am the computer equivalent of a man who witnessed the Wright brothers at Kitty Hawk being given a ride on the space shuttle.

I’ve seen a lot: The rise of the Internet (and it’s re-invention as Web 2.0 and current re-invention as social media). Graphical User Interfaces. Dedicated GPU’s. The rise and fall of OS/2. The introduction and rapid plateau of computer audio. Even the widespread adoption of color displays – I was there. I entered the computer world right after the invention of the 5.25″ floppy disk and I participated in the industry the whole time. Personal computing has always been exciting for me, and some of the best parts have been the rivalries. END_OF_DOCUMENT_TOKEN_TO_BE_REPLACED 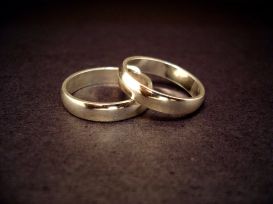 Three or four times a week I get an email from a prominent conservative organization, urging me to act now, either through contribution or activism, to protect marriage against its greatest threat: homosexual or same-sex marriage (which I will call SSM for the rest of this post). As I did with the Obamacare case, I’ve been listening to the Supreme Court oral arguments regarding the Defense of Marriage Act (DOMA) and California’s Proposition 8 (Prop8). From my understanding of the arguments and the culture in which we live, SSM is inevitable, but not for the reasons generally cited. That is, it is inevitable, but not because “young people” are more tolerant and the “old, intolerant killjoys” will eventually die out or lose influence.

Let me explain, and probably offend conservatives and liberals alike….

END_OF_DOCUMENT_TOKEN_TO_BE_REPLACED

One of my favorite elements of teaching Logic is finding good and bad reasoning out “in the wild” as I like to say. Looking at argument forms or fallacies in the classroom is not unlike looking at pathogens or organisms in a lab. Finding them in their native environment is, for academics like me, something of a thrill. I just finished teaching a module on common logical fallacies (argumentation that contains characteristic errors) and, as usual, found myself staring at the real thing. The fallacy is Argumentum ad Misericordiam – the appeal to pity.