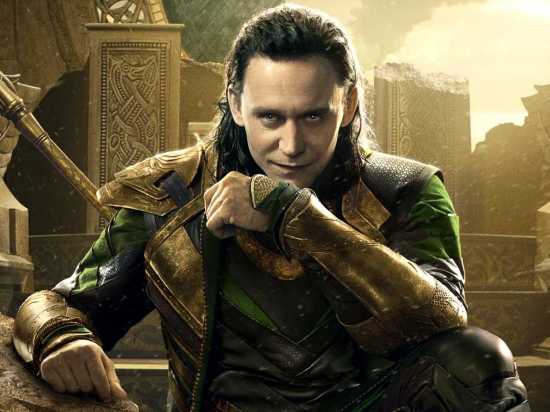 Thousands of moviegoers left the 2012 blockbuster The Avengers demanding more of Tom Hiddleston’s Loki, and Thor: the Dark World has not disappointed these fans. Loki steals every scene in which he appears. I think there’s a pun in that last sentence.

The family dynamic between Thor and Loki reminds me of another famous sibling rivalry, Jacob and Esau. Esau and Thor are the older brothers, Jacob and Loki the younger. Thor and Esau enjoy the love of their fathers, while their mothers favor Loki and Jacob. Thor is a hairy brute. Esau is a hairy brute. Loki is a trickster attempting to steal his brother’s birthright. Jacob is a trickster who steals his brother’s birthright. Esau marries a woman that his parents don’t approve of. Thor spends his time chasing a woman Odin disapproves of. Jacob impersonates his brother. Loki impersonates everyone.

Whom should we pull for as we watch Thor: the Dark World? The Bible endorses Jacob, so I guess that means that we ought to embrace Loki. But isn’t he a bad guy? Well, yeah, but even Thor admits that he’s got more of a head for governing than Thor does. Let everyone do what they’re good at.

Now don’t get me wrong. I love the Thor character. But when he’s at odds with his little brother, I can’t help but pull for Loki. Hiddleston’s portrayal of the trickster “fascinates” in the archaic sense of the word.

END_OF_DOCUMENT_TOKEN_TO_BE_REPLACED

When I mentioned to my wife that the new Batman movie comes out tomorrow, she responded, “What? Another superhero movie!” Those four words managed to express a perfect blend of astonishment and disgust. Her outburst reminded me of something Ross Douthat wrote earlier this year on the New York Times website. Douthat was bemoaning the fact that The Avengers was going to be a great movie. Since The Avengers was to be so successful, studios will make more superhero films to follow up on that success. Add that to the superhero movies that led up to The Avengers, and we find ourselves with too many movies based on comic books. Douthat thinks this is such a tragedy because all the time and money that studios invest in superhero movies ensures that resources won’t be invested in fresh movies with new concepts and themes. With The Dark Knight Rises on the horizon, I’d like to argue, however, that the superhero movie ought not be disparaged but should be celebrated as consistent with our Western Tradition. END_OF_DOCUMENT_TOKEN_TO_BE_REPLACED