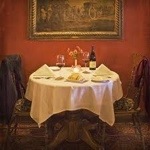 President Obama has invited his political foe, Mitt Romney, to lunch at the White House. Its a nice gesture on the part of the President. One of the grand things about American politics is that, compared to the rest of the world and the history of human civilization, the American political system functions exceptionally well. In Roman times, an invitation to dinner by your former political opponent was basically a call to suicide. Poor Cicero was never really able to make nice with Mark Anthony, and it cost him his life.

Even in most parts of the world now, political factions often resort to rocket attacks, bomb jackets, and gasoline grenades as a means of dealing with their opponents. After the last election, my taxes might go up, my doctor visits might take longer, and the price of ammunition might rise, but nobody shows up to escort me and my family to the city gates.

Our success as a nation is largely a function of our belief in constitutionalism. Constitutionalism is the idea that government power is limited by law; law which government itself cannot alter. In our case, American constitutionalism is a product of both written law (our Constitution itself) and our belief in a higher law. Political thinkers of the Founding Era called this natural law, or the law of God. You can find these references in our Declaration of Independence, which really serves as sort of a vision statement for our nation.

Our Constitution works only because we believe in constitutionalism. Many nations have constitutions, but routinely ignore them when they get in the way. These nations are often racked with turmoil because, absent a guiding principle like constitutionalism, power and might become the basis for government. As a result, factions will do anything they can to get power and keep it. This creates inherently unstable political systems. On the contrary, nations with a commitment to limited government, like the United States, traditionally have long periods of political stability. Higher principles matter, and make a difference.

President Obama’s gesture is larger than just lunch with a political adversary. It’s an outward and visible sign of all that is right with our country. Both men know that the power of the president is limited in both scope and time. Both men know the White House belongs to neither of them. And both men know that they are but a small, human part of a much larger and important story – whether men can govern themselves from reflection and choice. Lunch is a nice time for both.

So my side didn’t win last night. That’s how elections go. All of us who vote are driven by some overriding priority that frames the election. For me, it’s a desire to limit the power and scope of the national government. I’m concerned about protecting the liberty of Americans from bureaucrats. Others voted on the basis of who they thought might create more jobs for our ailing economy. Others voted because they view the government as a legitimate source of public support. And some voted to maintain the historic nature of the Obama presidency; a referendum on history.

END_OF_DOCUMENT_TOKEN_TO_BE_REPLACED

As we near election day (“Only 16 days away!” says every Sunday show, as if we didn’t know that), there seems to be an almost hysterical realization by the media that women may indeed decide this election….apparently we turn up in more numbers than men when it comes to voting, and the female vote in swing states may determine which way those states swing.  But both parties seem to have a deaf ear when it comes to listening to women, although that may explain why they are talking so loudly when speaking to us:  like a deaf person, they have to turn up the volume so they can hear themselves.   That would be okay, but sometimes I think both parties are speaking slowly and enunciating to make sure I get it.  As a blonde, I might muster up the energy to take offense, but I am sort of busy getting through the hollow reasons why I should vote for either one of these parties.  Like a reliable girlfriend who is taken for granted because she seems to be there for the long haul, both parties may be counting on my vote because they assume they know what my deal breakers are–but of course, neither party can be sure what those are anymore.  Call it the new feminine mystique–but it may translate into a huge political mistake for either party if they are a little too sure about their assumptions about American women.  Yes, we are a demographic group–but we are as splintered and polarized as the U.S. Congress.  We don’t stick up for each other because we are women.  We let our male dominated parties tell us what to do.  So much for girl power.  Instead, we let ourselves be labeled “liberal” or “conservative” women, when the truth is most issues bleed into both camps in terms of what would really benefit women.  We are blowing our chance to find common ground because we think we can be a part of the good old boy network that exists in both parties–but when has that ever worked out?  Was Sarah Palin embraced at the last Republican convention?  How does Hilary Clinton feel about that bus she was just thrown under? END_OF_DOCUMENT_TOKEN_TO_BE_REPLACED

Biden and Paul go at it. En Guard!

During my undergraduate days, I took a few semesters of fencing to earn my physical education credits.  I took that and ballroom dancing.  I guess I figured both would come in handy if I were to apply for a job as Zorro, a pirate, or one of the Musketeers.   For the record, I was a terrible fencer.  Also for the record, I was the most sought-after partner in the ballroom dance class.   What can I say?  I’m a lover, not a fighter.

Competitive fencing is nothing like swashbuckling or the swordplay you see in the movies.  There are long periods of deliberate, measured, uneventful maneuvering until somebody sees an opening and lunges.  Bam.  It’s usually over before the buzzer stops buzzing.  The VP debate last night reminded me of all the fencing matches I competed in, and usually lost badly.  Both Ryan and Biden chose their words carefully, circled each other strategically, and looked for an opening which never really came.  Like a fencing match, it was terribly boring to watch – long periods of nothing with only an occasional lunge or parry.   Both men made an equal number of attacks, and both successfully parried throughout the evening.  No buzzer.  No hit.  No great, memorable “You’re no Jack Kennedy” moments. END_OF_DOCUMENT_TOKEN_TO_BE_REPLACED