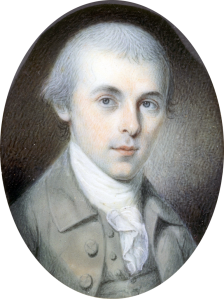 December 15th marks the 223 anniversary of the adoption of our Bill of Rights. James Madison, considered the Father of the Constitution, was instrumental in the adoption of those first ten amendments that we now consider fundamental to the protection of our liberties.

Madison, one of the youngest of  our Founding Fathers, was considered by many of the Founding Fathers to be the most intellectual of the group.  He was also a nerd.  At least that’s what my daughter tells me. She was working on a middle-school project about the American Founding Fathers and asked me for a character sketch of the Father of the Constitution. After my brief description she concluded “Hmm. Sounds like a nerd to me.”

She’s probably right. James Madison was bookish, introverted, a hypochondriac, and not much of a fashion plate. And, what you may not know, is that he is still alive today. In the halls of middle schools across America, James Madison is routinely slammed into lockers when he walks down the hall.  He often elicits giggles in class.  The girls barely notice him. The teachers adore him. He’s brilliant, but socially awkward. You know the kid. In fact, you know most of our Founding Fathers. They can be found in middle schools across America today, just like the one my daughter attends. Perhaps you’ll recognize them from your own middle school days, if you only look a little closer.

END_OF_DOCUMENT_TOKEN_TO_BE_REPLACED

“The problem with what the president is doing is that he’s not simply posing a danger to the constitutional system. He is becoming the very danger the Constitution was designed to avoid. That is the concentration of power in a single branch.”  December 3, 2013, testimony of George Washington University Law Professor Jonathan Turley before the U.S. House.

The Bill of Rights protects our liberties, but the Bill of Rights is not our only Constitutional protection. The Constitution’s separation of powers is less well-known but no less important. Obama brags openly that he will ignore the separation of powers. He will use his pen and his phone to bypass Congress. He will institute his personal rule over the United States.