As a member of the Department of Law and Society here at HBU, I teach a course on “Argumentation and Advocacy”.  I have been putting my students through their paces with weekly assignments and presentations on argumentation strategies this semester.  They will also have to debate each other at the end of the class.  They are a little nervous.  However…there is a select group of university students preparing for the debate of their lifetimes this week.  How do I know?

As an undergraduate student I was a policy debater at Washburn University in Kansas and I competed at the National Debate Tournament (NDT). While a graduate student at the University of Iowa, I was also a member of the A. Craig Baird Debate Forum.  I assisted the Iowa team with coaching and judging.  I also participated in public debates for the on-campus community.

Now I am going home (so to speak)… to the NDT… at Iowa. I am representing HBU as an alumna of the forum.  Yes, just so you know, I will take my stuffed Husky for a “selfie”. END_OF_DOCUMENT_TOKEN_TO_BE_REPLACED 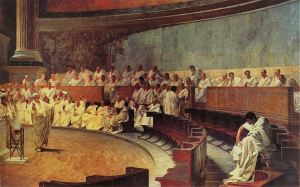 When Aristotle said that “man is a  political animal” he meant that politics is an inherent part of the human experience.    He didn’t mean to imply that political men should behave like animals.  Sometimes we lose sight of that and politics gets nasty.

Politics is the civil discussion about the kind of people we want to be and the kind of nation we want to live in.  The key word is civil.  Many people get turned off of politics because of the shouting, righteousness, and exclusivity that seems rampant on talk radio and television.  Make no mistake.  Partisanship is not a sin.  It’s okay to believe the other side is wrong.  That said,  it’s not okay to be nasty about it.  Trying to convince people to think your way works much better if you treat them with kindness and respect.  Empathy is as much the skill of a good politician as rhetoric.

The conflict between liberals and conservatives stems mainly from the disparate ways in which they view the world – in terms of both the problems and the solutions.   As in all facets of life, a healthy understanding of your opponent’s worldview is a good debate strategy and it facilitates civil discourse.  To that end, I propose a national program requiring all 535 members of Congress to read the following two books:

END_OF_DOCUMENT_TOKEN_TO_BE_REPLACED 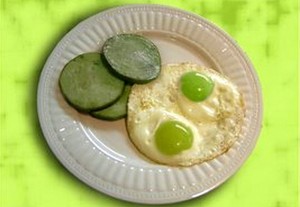 The eleventh hour pitch from Democrats out to defend Obamacare is that we should be fair and give it a try before we pass judgment.  One Democrat criticized Senator Cruz from Texas for missing the moral of Green Eggs and Ham, the book Cruz read to his children from the Senate floor during his nonfilibuster-filibuster.  Apparently, Dr. Seuss was trying to teach children not to judge things before you try them.   When Dr. Seuss is used to legitimize trillion-dollar legislation, you know you’re in trouble.

There are three reasons why Democrats and President Obama are pushing the “try it, you’ll like it” approach. END_OF_DOCUMENT_TOKEN_TO_BE_REPLACED 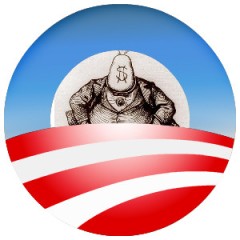 When Senator Obama was running for the nation’s highest office, his list of resume enhancers included the nebulous position of “community organizer.”  Nobody really knew what the heck that meant, only that it held an air of respectability and responsibility somewhere between Jesus and the Artful Dodger.   The community organizer shtick provided fodder even for Sarah Palin, who defended her time as mayor of a small Alaskan town as “sort of like being a community organizer, but with real responsibility.”

The industry of “community organizing” is really more about politics and power than improving the lives of the needy.  It’s a tradition that dates from the backstreets of Rome to the better organized machines of Tammany Hall.   The Affordable Care Act may be the greatest act of community organizing to date, and it sheds light on what being a community organizer is really about. END_OF_DOCUMENT_TOKEN_TO_BE_REPLACED