President Obama claims that he’s concerned about immigration reform. He thinks that immigrants who are here illegally should be provided with a pathway to citizenship. I tend to agree with him. But I think there’s an aspect of immigration reform that he’s overlooking. What about classic automobiles that enter the country illegally? What are we to do with them? 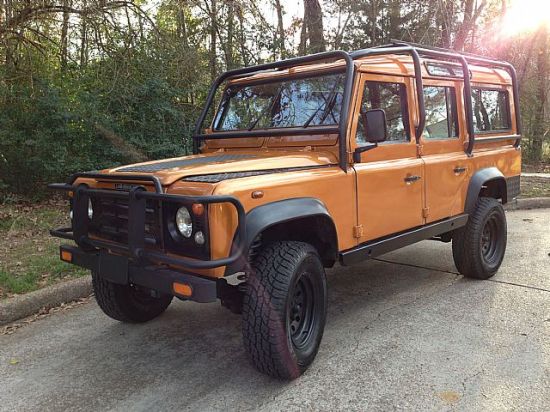 A couple of weeks ago, the Department of Homeland Security descended upon a North Carolina family and seized their beloved 1985 Land Rover Defender. The family had recently paid $60,000 for the classic vehicle, but Homeland Security ripped the SUV from its happy home and refuses to tell its owners where they’ve detained it.

The vehicle’s crime? It might be an illegal immigrant.

You see, this particular model of Land Rover doesn’t meet the US government’s strict EPA and safety regulations. Therefore, it’s illegal to import it.

The law, however, exempts vehicles over 25 years old, and the owners were told when they bought it that the vehicle a 1985 model.

Homeland Security is ever vigilant. In their quest to protect us from acts of terror, they discovered that the seller might have tampered with the vehicle’s VIN to make it appear older than it really was.

Now I know that the government has our best interests at heart. I know that President Obama just wants us to be safe and happy. But I think we need some immigration reform concerning our automobile options.

A legal pathway ought to exist for these folks to keep their Land Rover. We need some kind of vehicular amnesty.

Make the owners swear that they will only drive it in such a way as to uphold the Constitution of the United States of America. Perhaps they could glue an Old Glory to the door. Better yet, put an Obama bumper sticker on it.

What if they promised to use it to transport real illegal immigrants across the border into the US? Could they keep it then, Mr. President? Pretty please?