Every Day is January First

This essay was also published in the Gray Matters section of The Houston Chronicle on 1 January 2015.

All week I have been looking forward to January first, my favorite day of the year.  One of my most beloved authors famously said that “There are no second acts in American lives,” but no one really believes that.  If that were true, the minute you made a train wreck out of something, you would stop booking any more trips.  Why would you want to do that?  Plus, he was writing that line in a novel, a place where you have to keep things lively, even if just for dramatic effect. 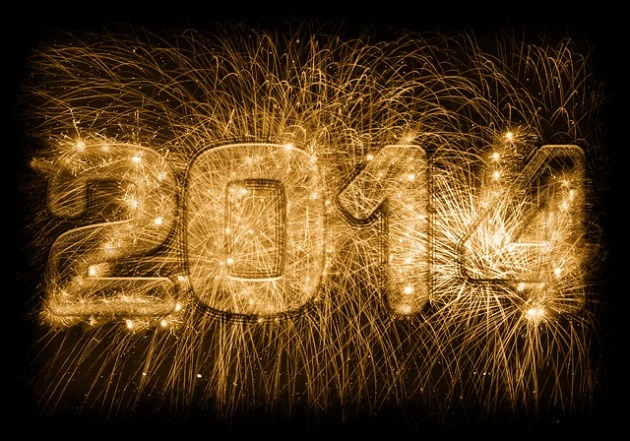 The cool, smooth slate of January makes it feel like you can start all over, pack up the past, make a better plan.  I looked for poems to make my point about this, but everything I found was about regret, and from what I can tell from every single person I have seen or talked to this year, I think most of us have met our quota for this already.  January 1 is a good day to put that on the shelf, think about the next act, think about all the things that you don’t know that will be coming around the bend:  maybe it is love, maybe it is compassion, maybe it is a book that turns your world upside down.  That is the exciting part:  you don’t know what will happen.

I know we have all these lists right now:  on paper, or, in our heads.  We are Americans, we want to improve.

But listen to this:  some terrible things happen, and you think they are awful.  You think it cannot get worse.  But maybe, if you can muster up a little faith, hang on a little tighter, don’t jump ship, it can turn out to be something that helps you more than you could have possibly imagined.

I’ll start out small:  I am a pretty dictatorial parent when it comes to making my son Christopher experience new things.  I know every parenting expert in the world talks about the importance of routine, but really, I want him to experience something new every day.  I don’t want him to be blindsided by the surprises of this world, because they are going to come anyway.  You might as well get a little practice at seeing new things, or imagining new feelings, and why not in a museum or a concert hall?  It can’t hurt to have a little infusion of imagination now and then.  So we went to this exhibit of the worst visual art ever produced in the history of the world, but it was totally worth it because it made me realize that all the trips to museums, like the Art Institute of Chicago, the Kimbell in Forth Worth, and my beloved Museum of Fine Arts in Houston were making him see that great art does exist.  That art is thrilling, and so what, we saw some bad art–we had a great time and good for those artists because someone does like their art, just not me, so let freedom ring and God Bless America and the freedom to create art.  You can learn a lot from art gone wrong, just like you can from anything else that doesn’t go perfectly well, like websites and outfits.

But then again, it can get worse before you realize it can be better than you thought.  I had an essay that was supposed to come out in a major newspaper in another city in December.  I was super excited.  But the edits came back and my essay just didn’t feel the same.  Now I am not saying things shouldn’t be edited, but when it starts to sound like a Cliff’s Notes version of What You Want To Say, then it is sort of a dispatch, and not an essay.  Let me summarize:  Someone Important got exasperated with my reservations, and pulled it entirely.

Now hang on, it gets better.  The truth is that I wanted to see my name in print.  But not so much that my name was bylining an essay that no longer even captured what I was trying to say.  It was starting to feel like I had written this long and intricate love poem that was going to make or break my relationship with the love of my life, and someone took that poem and said “We love this poem!  But we don’t have space for it!  So we have changed it into a Hallmark card!”  Now I know Hallmark sells a ton of cards, and people would kill for their card to be in the bin with those fabulous purple envelopes for people to buy and send, but then your name is on a Hallmark card quotation, and not on your essay, your little but authentic attempt to make sense of things.  Yes, I was disappointed, but come on, this worked out for the best.  I even got a nice note from one of the editors saying she hoped we could do something else in the future, and so I am all excited about that because now I know to write something shorter, something that won’t be murdered to dissect.

Sometimes, if you are lucky, a breakdown is a breakthrough.

But we can look at the objects of this world, try our best to sing, or dance, or knit, or write, or whatever we are supposed to be doing on this earth, and those fits and starts are part of the gig.  With people, the stakes are higher:  deep down, I think we are all pretty fragile, and some of us are just better at purchasing state of the art armor, letting the proverbial water fall off of our backs, finding the defense mechanism that works every time, faking it until we can figure out how to proceed.  When I look at my students, I am so proud of them–they have come far, they are going places, they are hanging tough in a tough world.  I can’t teach them how to be stronger.  But I can read books with them so they can find the language to process what happens to them, no matter what that might be.

If nothing went wrong, I would have nothing to teach.  Wallace Stevens was right:  “Imperfection is our paradise.”

So I had a friend, and things were awkward and difficult, and I always said the wrong thing at the wrong time, or at least it felt that way.  We were not communicating for awhile, and you can probably guess how I feel about words, and so this was like being sent to Siberia with no mail service.  Things were pretty chilly.  I did not know what to do.

Then Christmas came.  Things didn’t get entirely fixed.  But they didn’t get worse.  I am not sure what happened.  Well, sure I do.  Divine intervention.  A few words were exchanged, and they were not unkind.  A lot of absolute statements–you know, long statements that begin with the friendship killers: “You always….you never….” were reeled in, weeded out, forgotten entirely.  It was a miracle:  my whole accumulated essay on my unhappiness was edited by a higher power, watered down, translated into the Hallmark card of what I really wanted to say, which was:  You are so important to me.

Sometimes you really do need an editor.

I know that I should probably be making a whole list of resolutions right now: I should train for a marathon, be more virtuous, organize my shoes, read more, write every day.

But this year, most of all, I want to re-solve things when I make a mistake, and you know that is going to happen no matter how many lists I make.  And when I do, especially with a person, I want to stop delivering the essay in my head on What You Are Doing Right Now is Making Me Want to Jump Off of a Building.  Instead, and I am not saying it is easy, but it must be tried:  I want to say you are so important to me.  I want to say this because it is true, and you don’t always need a lot of words for the truth.

And I want to remember this all year, no matter what.

Because every day is a new day, a chance to start over, make it better, rewind that video tape that you wish had never left the building.

Every day is January first.

Like Loading…
← No, Emilie, There is no Santa Clause….
→ Keep Calm and Carry On; Or, Downton Abbey Returns

8 responses to “Every Day is January First”